I had printed out the pictures to scrap this page yesterday, but never got around to working on it. They are some older pics I took of Mikey one day when we went to Crossroads and I took some pics of him around that fountain they have there. I really love the pictures, but I had forgotten I even had them! I do that alot...take pics...love them and make a "mental note" to scrap them and as time passes, I forget about them. Which is why I have been looking through my older pictures in my Kodak files to see what I can find. Anyway, it's a lift of an AWESOME LO by peainthepod...I think that was her username...have to double check and make sure! I just loved everything about it and thankfully, I had lots of the exact K& Co. embellishements she used. The rest I just improvised. I used the same "layout" of her page, but used different papers, but I LOVE the way it turned out...well, because it looks almost exactly like hers! This puts my LO count for the year at 19 I think...yay!

Elijah comes home today and I'm anxious to give him his Valentine's Day gift. I just know he's going to LOVE it!! Need to get some pics of him opening his gift and some "lollipop pics" of him with this BIG heart shaped pop my sister got him and Mikey. I took Mikey's yesterday while he was playing outside. I think I'm going to try to take Lij's indoors with a white backdrop...or maybe the black...maybe I'll do both and see which I like better! ;) I made chicken lasagna for dinner...Miguel's FAVORITE next to my chicken pot pie I think. Lij loves it too. And per Miguel's request, I put pepperoni in there too. It smelled DELICIOUS while it was in the oven cooking! Not much else going on. Don't know what we have planned for the weekend other than running our errands. And all of my men need to get their hair cut. Might try to make a trip to an M's to see if they have those new EK Success border punches. I know some people were posting that they had found them at their M's already. I don't know which others they have, but I do know that I really, REALLY want the binding edge one which is the one that gives that torn out of a notebook look. I need to get any shopping I want done out of the way because I have decided that for Lent, I am giving up buying scrapp stuff. GASP! Yes, it's true!! It won't be too hard...I hope! lol But it's something I really love doing aside from scrapbooking so I figured it would be appropriate to give that up. It's the least I can do...after everything my God has sacrificed for me...it's an oh, so small offering of my gratitude. Anyone want to join me?? Chon?? lol Hmm...think that's all for now :) 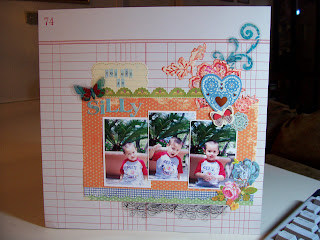 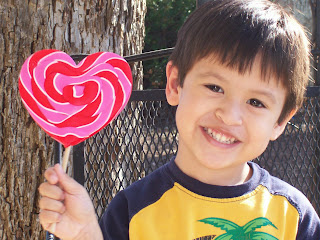 People who want to know what I'm up to :) 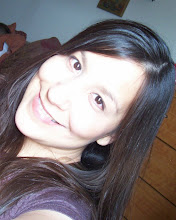 Lal
Hi :) I am a 39 yr old SAHM to two boys. I love scrapbooking, jewelry making and anything crafty! I love my KLOVE radio, country music and am "TRYING" to love running! I love to make new friends so leave me a comment on my blog please :) 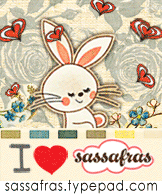 What I'm Working ON